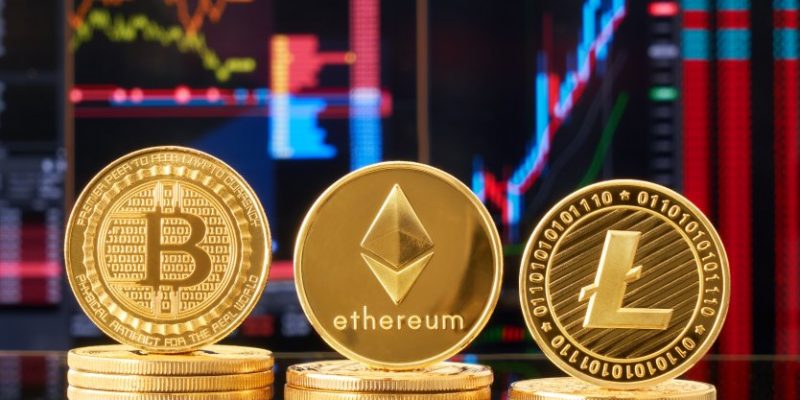 For its first session during the month of October, cryptocurrencies are exploding. The Fed joined with the U.S. Securities and Exchange Commission (SEC) pave the way for a bull run.

The market rises by more than 8%. The goal of 30% average growth in October seems well within reach. Bitcoin is breaking through $48,000 and heading straight for the psychological $50,000 mark. Ethereum is also bullish and building a pattern towards $3,500. Cardano timidly advances 5.53% towards $2.25. Ripple is reversing resistance by a dollar and Doge looks set to recover $0.30. For this session, we will retain the super performance of Axie Infinity, the gaming token saw its progress of more than 40%. Solana also had a nice breakthrough at 15%. One factor seems to feed the bullish idea of the market even more Inflation.

When you turn on the money printing press and the supply does not sufficiently match the liquidity injected into the economy, there is no other result: the generalized rise in prices or inflation. This is what has happened with all the stimulus packages implemented by the world economies. If they relieve demand, they would not have any effect on price movements. Jerome Powell tried to calm the situation by trying to call the current inflationary situation transitory but still acknowledges that it will be real next year. This is why central banks are reportedly considering raising sovereign rates and pursuing a rather restrictive monetary policy in 2022. Charlie Bilello draws our attention to the case of Germany

Consumer prices in Germany rose by 4.1% over the past year, the highest inflation rate since 1993. Meanwhile, the ECB maintains that keeping interest rates at negative levels is still necessary to cause…higher inflation. You can’t make this stuff up.

In fact, the German economy would not be the only one in the industrialized world to face the problem of inflation. In September, inflation in the United States rose by 5.2% on an annual basis. In France, prices rose by 2.1 over one year in September according to INSEE.

Institutional Investors Are Already Preparing For It

It’s a fact, institutional investors are pouring over crypto products. What’s even more incredible, they had continued to hoard cryptos while they were available cheaply. During the September downturn, the level of transactions over $10 million in bitcoin exceeded that of when BTC was at its highs around $55,000 – $60,000. Fidelity’s study is another much more striking example of institutional interest in crypto products. Entitled “THE INSTITUTIONAL INVESTORS’ DIGITAL ASSETS STUDY”, it indicates that 52% of institutional investors already own crypto-currencies. 71.66% of them say they are ready or will continue to invest in cryptos in the coming years. Michael Saylor, whose company owns 0.5% of the global bitcoin supply, has some advice on Twitter:

In the presence of runaway inflation, cash and credit become crumbling liabilities. Convert your balance sheet to #bitcoin to turn your debts into assets.

Buy Bitcoin And Other Cryptos

Inflation would benefit cryptos which are already considered by many as a safe haven. The forecast is extremely bullish for the last quarter of the year. It is worth remembering that bitcoin had taken 168% in the 4th quarter of 2020. If it rises to $100,000, it would exceed 100% growth for the quarter The same is true for Ethereum, its value also has the potential to exceed 100% by the end of the year. Cointelegraph reporter Jordan Finneseth noted three reasons that could be the basis for a 100% rise in the ether price. They are inflation, Supply Squeeze and the Cup and Handle Bullish Chartist Figure. Michael Van de Poppe shared his bullish cryptos for the end of the year on his Twitter account with this post: